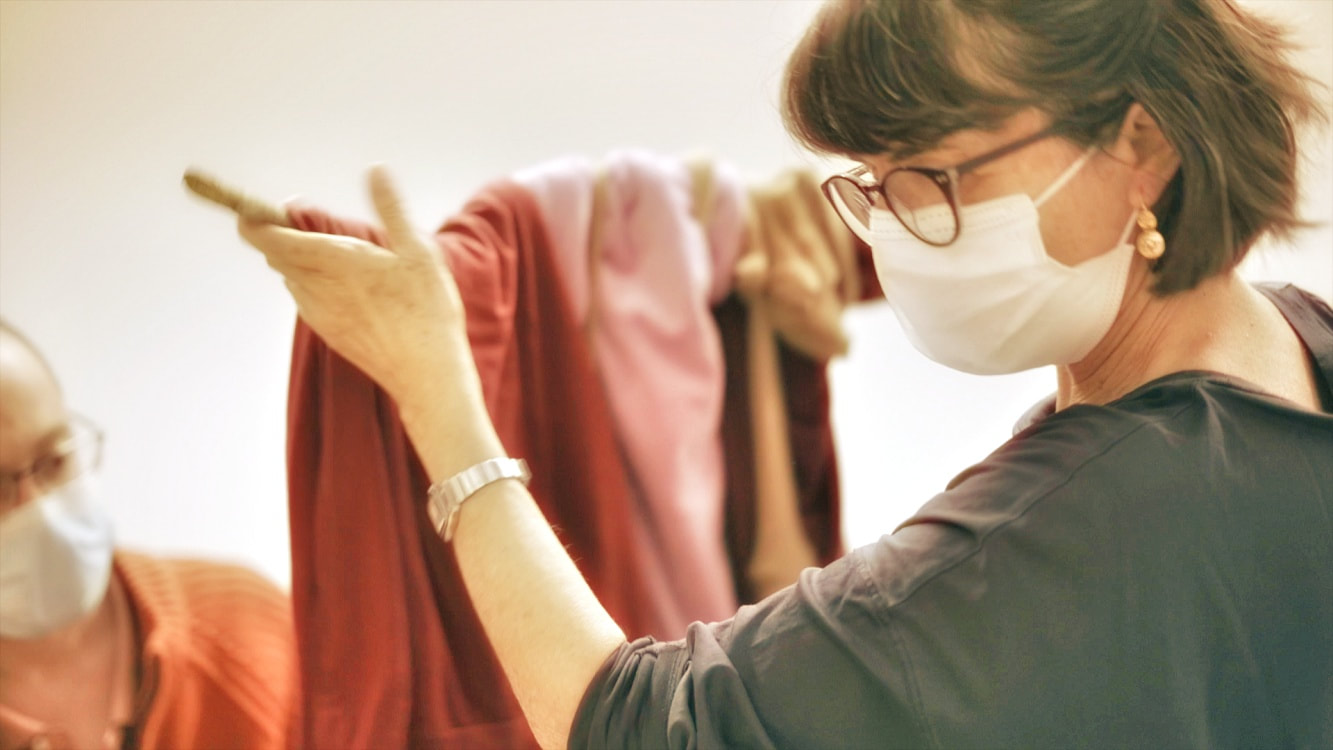 Gijón, Asturias, Spain.  Founder of BERDE.
After a long career in the field of art, education and the management of cultural, social and educational projects, Marisol is a Cultural Manager and Founder of BERDE.  Her extensive experience is within the field of management and coordination of social impact artistic projects, carried out by people with intellectual diversity. Among other organizations, she has spearheaded Debajo del Sombrero, La Casa Encendida and the Faculty of Fine Arts of Madrid (UCM). Likewise, she has extensive experience in managing projects financed by the European Union in different Autonomous Communities, in the areas of equality, training in industrial reconversion zones, and educational intervention in social projects. Within her management tasks, she has specialized in the production of cultural and artistic works, graphic and audiovisual documentation, dissemination and communication, preparation of agendas for the generation of institutional support and sponsorships at a national and international level.  She also works in close collaboration with the international centers of the European Network  “ Outsider Art Association”.
www.outsiderartassociation.eu
​www.linkedin.com/in/mariasolalvarezyenes/ 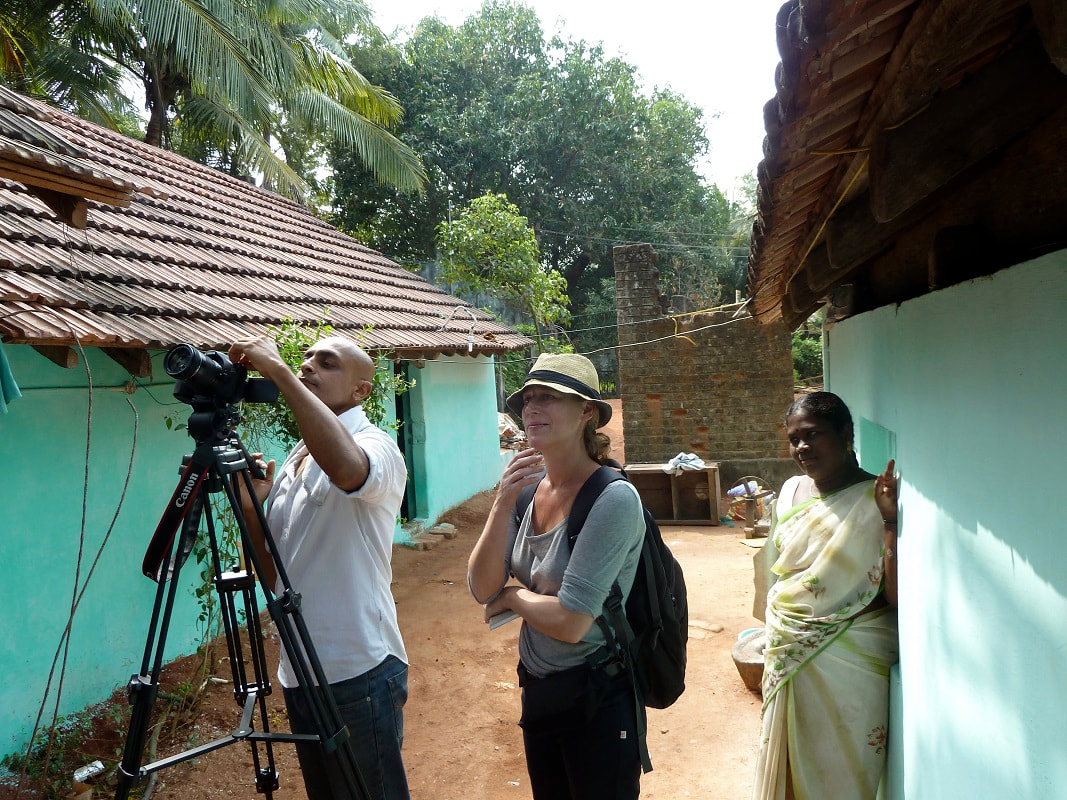 Carlota Nelson was born in Japan, to a Swedish father and an Argentine mother, and has lived in Spain since 1975. A screenwriter and director of documentaries, she is a member of the Spanish Academy of Cinematographic Arts and Sciences and of the Documentary Committee. Her work has covered different social issues on a global level, including art and apartheid in South Africa, censorship in Kuala Lumpur or recidivism in North American women's prisons. Her first feature film” Anclados “ was shown in Europe with great success and in 2019 she premiered” Brain Matters”, a documentary about the science of the first years of life. She currently leads her "Early Learning Through Community Radio Library," which distributes free audio resources to families without internet access. She has lived in Asturias since 2019, she directs and produces documentaries while preparing "Ojo, Cabeza, Corazón", about the mythical Spanish photographer Cristina García Rodero.
www.imdb.com
www.linkedin.com
​
RAQUEL SAKRISTÁN 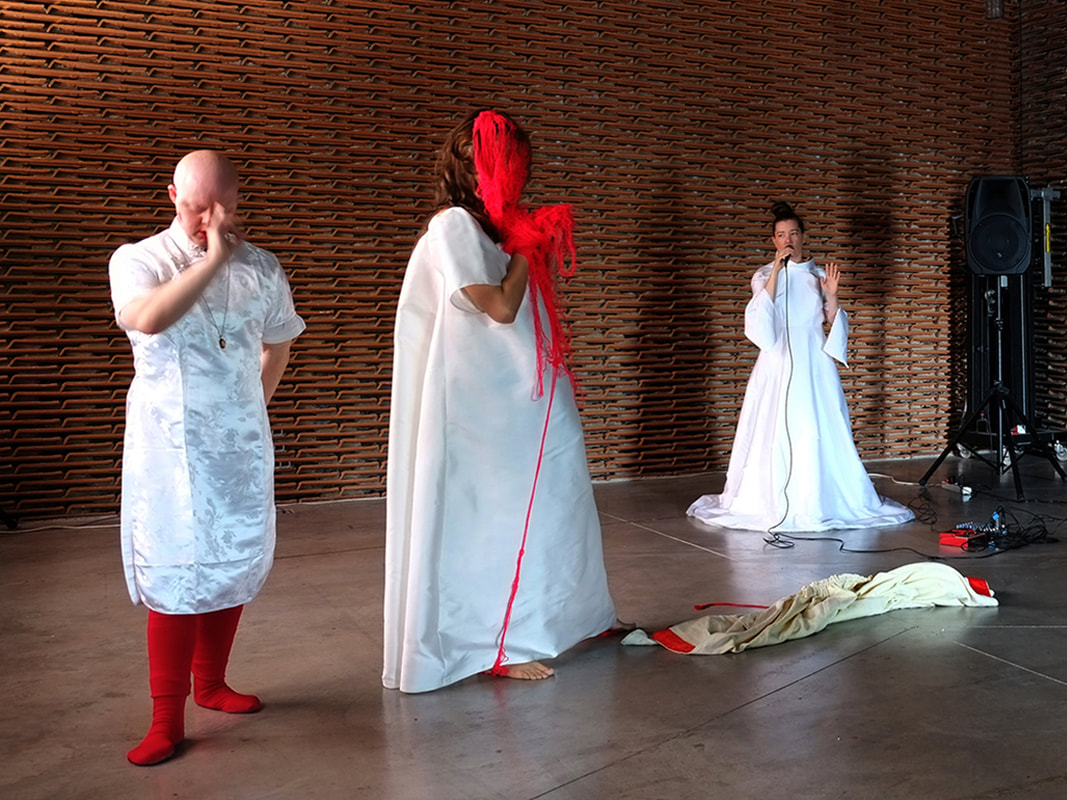 Madrid, Spain.
An artist specialized in Collective Creation Processes; she uses Art as a tool to explore communication channels.
She has developed projects with people with intellectual diversity and Mental Health Institutions for the European Social Fund in England and Ireland (Expanding realities),  the psychiatric unit of the Gregorio Marañón Hospital, the Social Services of Oulu (Finland), Kulttuurikauppila Art Center (Finland), The Álvaro Entrecanales Foundation, Community of Madrid, Debajo del Sombero and the Faculty of Fine Arts of Madrid (UCM).
She researches the creation of scenarios that facilitate the expression and development of the capacities of each participant. These multidisciplinary proposals blur the boundaries between artistic project and life experiences. The final form is an organic and unpredictable result of a group interaction, a consequence of the process itself. She has worked in public spaces, co-creating with groups at risk of social exclusion, both in urban settings (NYC, Beijing, Barcelona) and in rural areas.
​www.sakristan.com
​ 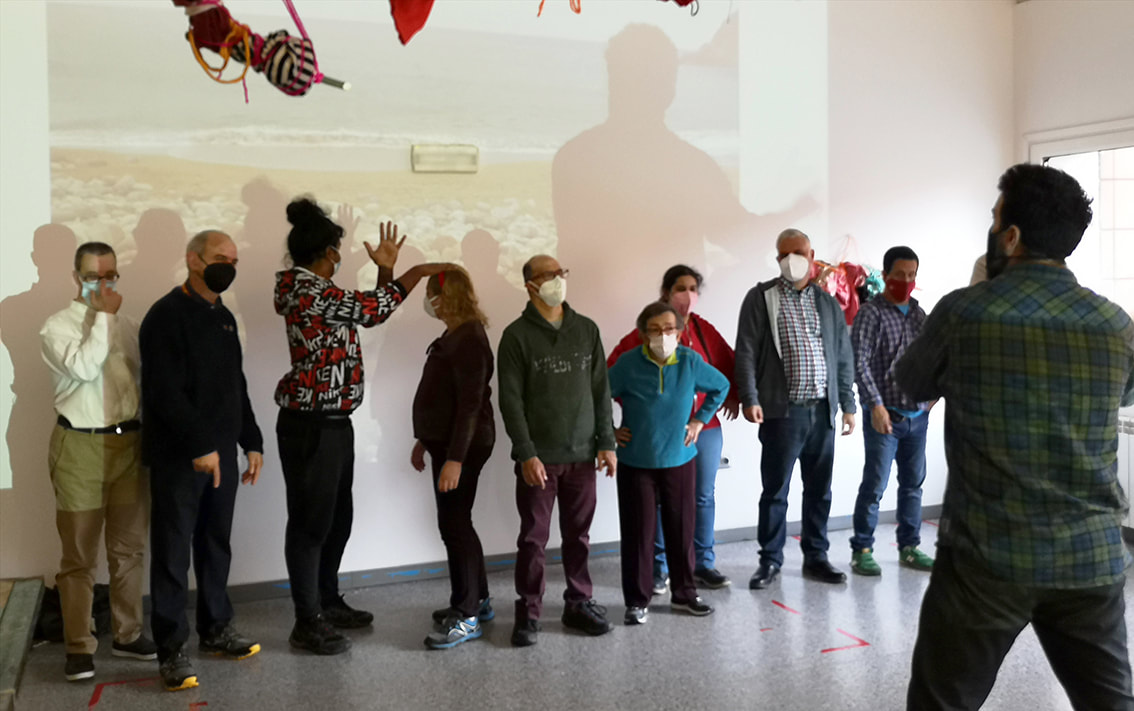 Toluca, México.
With a degree in Social Anthropology from the Universidad Autónoma of the State of Mexico, Rive studied arts with a focus on photography, video-art, performance, film production and contemporary art theory, among others. Likewise, since 2015 he has been trained in the area of ​​permaculture and bio-construction.
His work is based on photography, installation, art object, performance, and video art and makes a subtle critique, mixed with irony, on various topics such as identity, human habits and customs and migration, among others. Within the educational area, he has taught courses and workshops where anthropology, arts and permaculture are linked. He currently lives and works in Asturias, Spain.
www.rivediazbernal.com 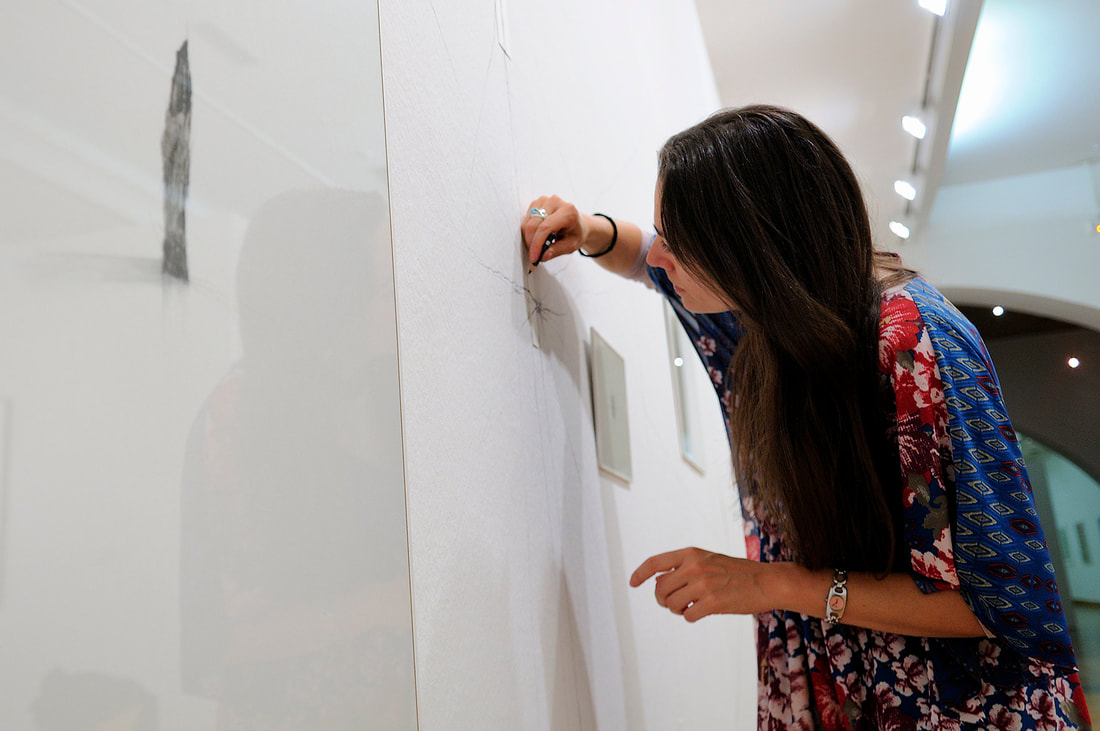 Asturias, Spain.
Plastic artist. She graduated in Fine Arts from the University of Salamanca, specializing in painting. She completed her studies at the Academie Royale des Beaux Arts in Lièje (Belgium). Her interest focuses on establishing spaces for reflection, research and procedural creation. She is also interested in generating educational experiences and research processes linked to knowledge and artistic experience. She is part of the Exhibition of Plastic Artists of the Principado of Asturias 2011 for her drawing project "From the limits to Continuity". She has shown her work at the Musée de l'Art Différencié de Liège in Belgium; Eduardo Sivorí Museum and Recoleta Cultural Center in Buenos Aires, Argentia; Espacio Líquido Gallery, Gema Llamazares Gallery, Old Jovellanos Institute, in Gijón; Amaga Gallery, Aviles. Zorrilla Valladolid Theater, Cuenca National Museum of Abstract Art, Juan March Foundation, Madrid, among others. Her last individual exhibition "Aura" in 2016 at the Amaga Gallery in Avilés was part of the “White Night” event,  with a public invitation to experiential participation.
www.instagram.com/veronicag.ardura/
​ 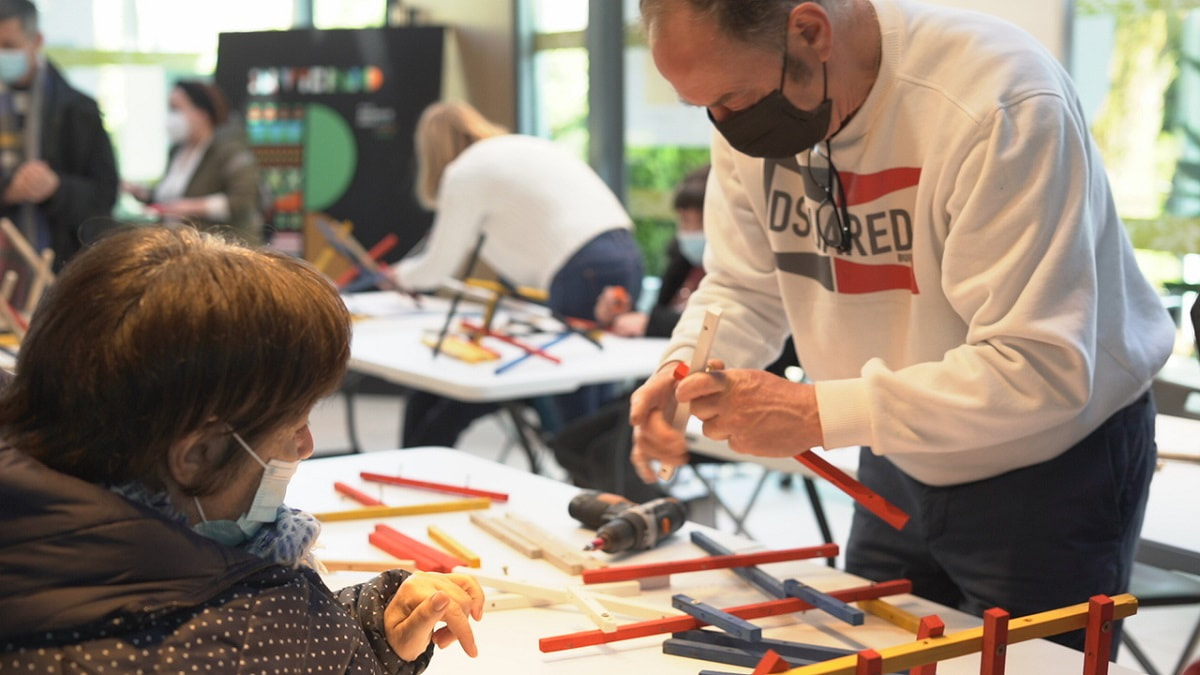 Villaviciosa, Asturias.
Asturian self-taught sculptor. Throughout his career as an artist he has experimented in the fields of painting, drawing and engraving among others. He works with wood in its purest form, a material that he subjects to cuts and reliefs, playing with geometric shapes and enriching the works with primary colors. He pursues an identification with nature and a symbology rooted in Asturian traditions.
He collaborated in the “Artist's Territory” project in 2010, with Debajo del Sombrero.
Among many others, he was awarded the Jury's Special Mention at the II La Carbonera National Painting Biennial in 1983. His work can be found in private collections and Asturian museums: the Museum of Fine Arts of Asturias, the Antón Candás Museum, the Caixa Foundation in Barcelona, ​​Cajastur , Evaristo Valle Foundation, among others. 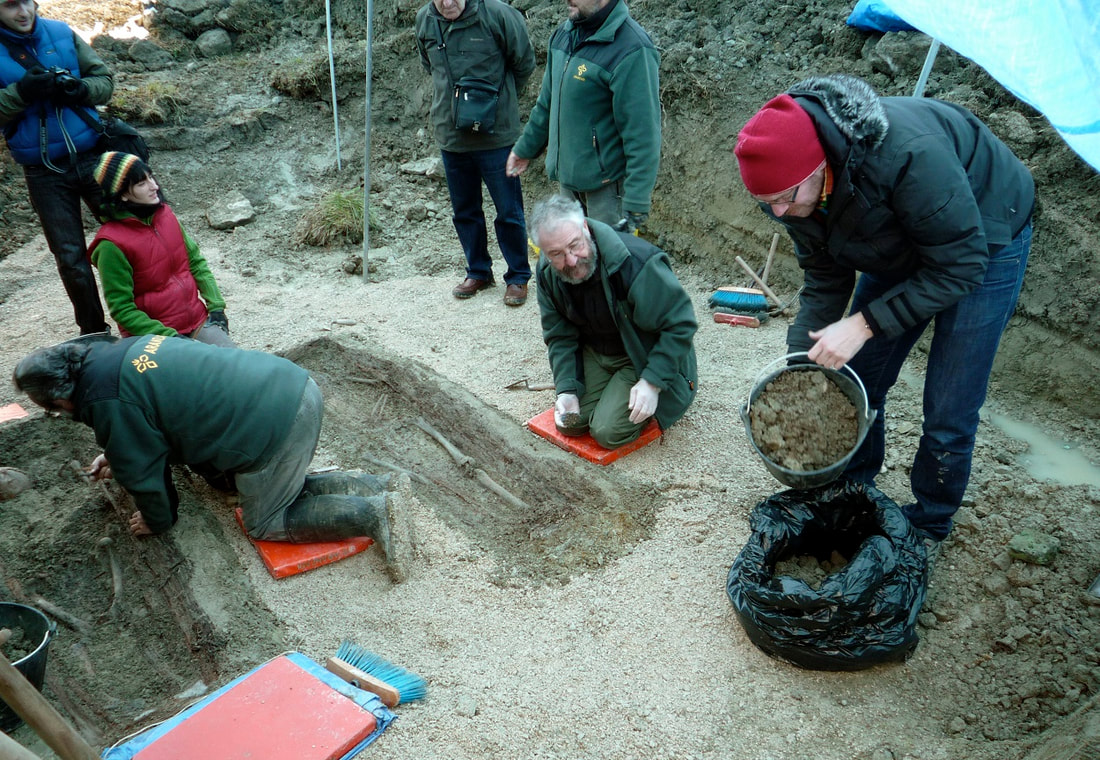 London, Ontario.
Canadian visual artist and educator. He established his artistic career while living in Toronto, practised for several years in Mexico City, and is currently based in northern Spain. He has a PhD in Contemporary Art Research from the University of the Basque Country in Bilbao, where he continues to work as an adjunct professor while persisting to make artworks. His multi-disciplinary art practice incorporates the transformation of materials and concepts that explore human life in relation to conflict, desire and the unknown. Working with images, installations and social projects, he presents the human body and the practice of art as sources of political action, a way of questioning self-knowledge and social control, and of finding and demonstrating possibilities of freedom. Two of his most well-known social art projects are Conceptual Art Workshop for the Blind (Ex Teresa Arte Actual, Mexico City, 2009) and uncover RECOVER (Artium Museum, Spain, 2011), where he used soil from an unmarked mass grave from the Spanish Civil War to cultivate medicinal plants for the community.
www.robertwaters.ca
​COLABORACIÓN  / ASESORAMIENTO

ENRIQUE RECIO
He has worked as a creative director in multinational advertising agencies for more than 20 years. He has extensive experience in organizing events for brands and NGOs in different countries. Together with Carlota Nelson, he created "Nowhere", the European edition of the Burning Man Festival held every year in the Monegros desert, with the participation of more than 4,000 artists and creators from all over the world. As a Self-taught artist, has created installations in the Nevada desert, Land Art interventions in different countries, and has designed several jewelry collections.  He is currently dedicated to making sculptures in aluminum and wood.

​MARÍA VALVIDARES
Gijón, Asturias.
She is a professor (Doctor of Constitutional Law) at the University of Oviedo, where she coordinates the Master's Degree in Legal Protection of Vulnerable People and Groups. She has been Director of the Area of ​​Social Responsibility, Support for Inclusion and Equality at the University of Oviedo from October 2018 to February 2021, assuming, among others, the direction of the equality unit as well as the Office for attention to people with specific needs. Her lines of research focus on the study of European construction and fundamental rights, with particular attention to issues of equality and gender.
In 2018, she was elected scientific advisory technician in the Science in Parliament initiative, which promoted the creation of the Parliament's Office of Science and Technology. She is a member of the NGO Acción en Red Asturies.

SATURNINO NOVAL
Gijón, Asturias.
Art historian and museologist. Since 2015 he has been a curator of collections at the Museo Casa Natal de Jovellanos in Gijón, where he collaborates in curating, creating an supervising multiple exhibition projects.
He previously worked as a researcher and cataloging cultural heritage at the University of Oviedo.
He has a direct personal connection with intellectual diversity.

JOSÉ CUEVAS
Sevilla, Spain.
Degree in Educational Sciences from the University of Seville, and Doctor in Information Sciences from the Complutense University of Madrid. He carries out his professional career in the fields of photography, documentary-making and teaching. His academic career has led him to work in national and international schools and universities. At present, he divides his work between directing documentaries and teaching Film at the Faculty of Fine Arts in Madrid (UCM).

MIGUEL MINGOTES
Gijón poet and artist. Creator of the name BERDE.
He has published several books, and exhibited at the Cornión Gallery, at the Museo Casa Natal de Jovellanos, at the Evaristo Valle Museum and at the Luanco Maritime Museum. He writes in El Comercio  of Gijón and  La Voz de Avilés.

ROGELIO RIONDA
Gijón, Asturias.
Imaginary collective or imagining collectives.
As a child I wanted to be invisible and I almost succeeded, then I struggled to appear in some photos, to belong to a collective imaginary. For some time now I destroyed my image from your memory, my hands did not rest, my body was reduced to unsuspected points of non-existence. Today I stick my head out from time to time from this burrow that is my home and I never get tired of looking at all the places I could occupy, all the hearts that made room for me, that for an instant beat in sync with mine. Today I try not to wish in case my wishes come true, and my wishes remain hidden in a guarded box.